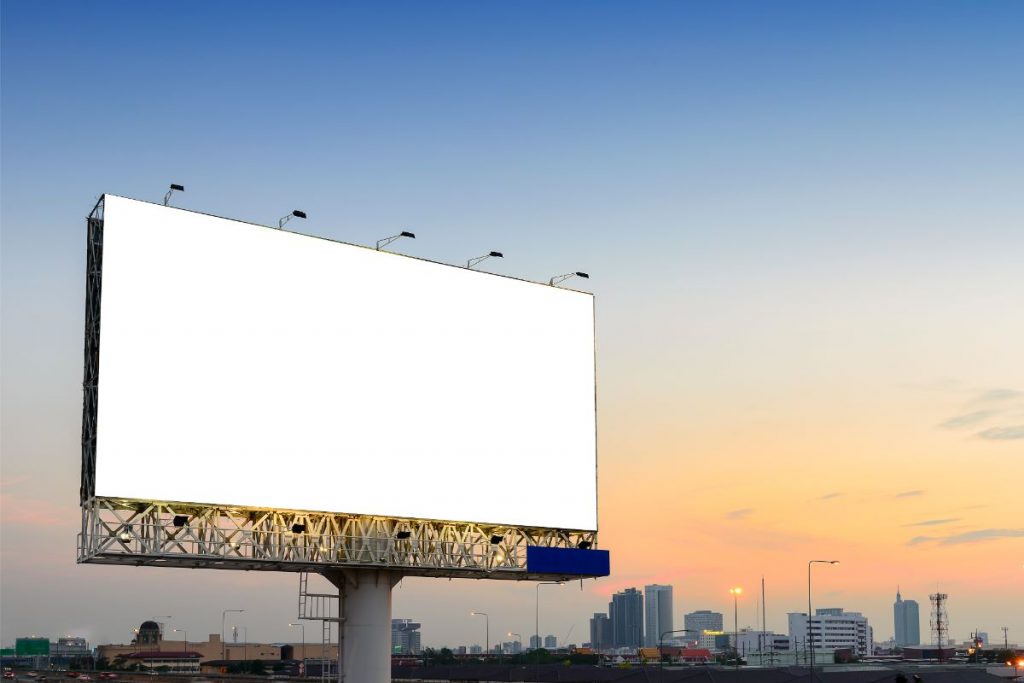 In a time where online advertising continues to expand and flourish, it can seem as though it has eclipsed all prior forms of marketing. However, traditional advertising (especially billboards) continues to remain an important aspect of the advertising landscape.

Traditional advertising is able to reach people in ways that digital advertisements can’t.

Online advertisements have become an increasingly popular form of advertising over the past decade, due to the fact that they can reach a large sum of people fast.

But while there may be increasing digital advertisement options, that doesn’t mean traditional promotions are dead. Far from it, in fact! Billboards not only remain popular, but advertisers are spending even more money on the medium then they were decades ago.

So, what makes billboards so much more effective than other forms of marketing?

Pop-ups, page takeovers, online ads that play automatically, and commercials are all becoming less effective by the day. Even those who do not pay for premium subscriptions or ad-blocking applications skip the majority of ads they are presented.

Billboards are not forceful in nature. People will not change their driving route just to avoid seeing a billboard. In fact, in most cases people do not even try to quit looking at billboards unless they are terribly offensive.

Outdoor media advertisement remains one of the easiest ways to prompt a consumer into taking action.

Billboards have the potential to reach every individual who passes in a motor vehicle, allowing your message to likely make an impression on potential customers you would have missed online.

Additionally, billboards inherently have a stronger call-to-action. Let’s say you are on a road-trip and someone gets hungry. You see a billboard for a new restaurant and decide to head over. Why? It solved an immediate need.

We previously mentioned that billboard are not nearly as invasive as online advertisements. Not only does this make them less annoying, but it also makes them more trustworthy in the eyes of your target audience.

Even with all the surges in social and online media, people still trust traditional marketing far more. With all of the false information and scams that take place on the internet, consumers find it nearly impossible to trust the information they receive.

Because out of home media is more natural to consumers, they feel less need to confirm the messaging.

Instead, viewers are more likely to either begin taking the desired call-to-action or sharing the messaging with their friends or family.

Today, billboard advertising is as important as it’s ever been.

“Experts” have been predicting the decline of outdoor media advertising since the 90s, and yet they are still here, and growing. How? In an era of fragmentation in TV and radio, and rapidly decreasing circulation of print media, advertisers have a greater appreciation of the “always on” impressions provided by billboards.  In addition, the billboard industry is adapting to better perform in today’s world. Digital billboards allow for targeted real time messaging, while programmatic buying platforms make advertising on a billboard an efficient process.